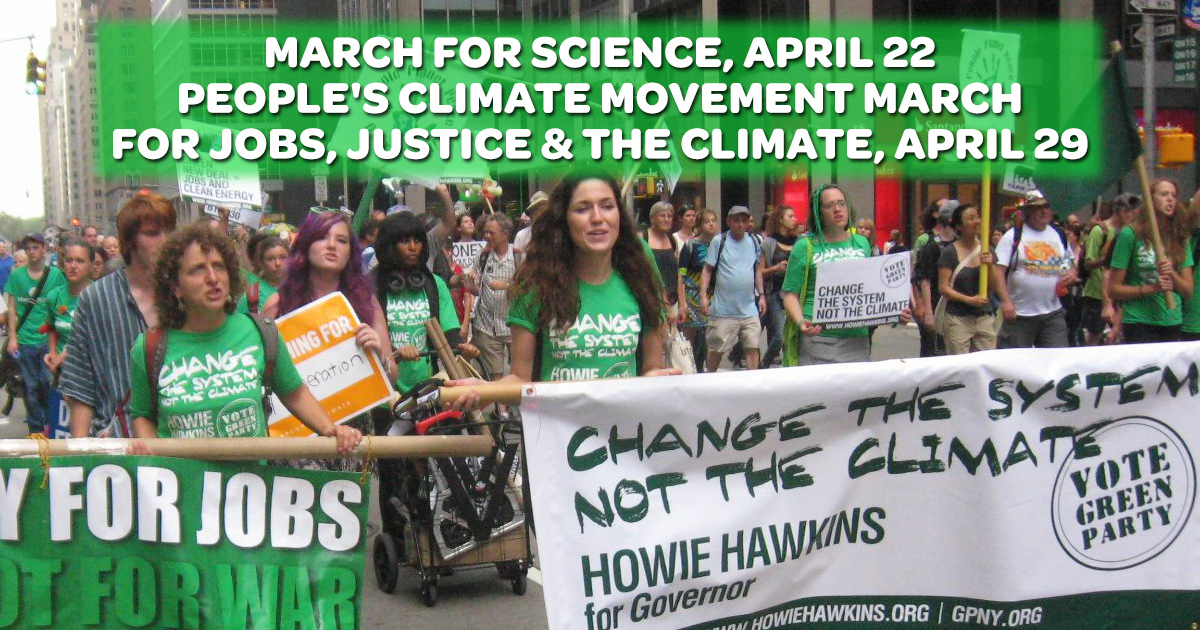 WASHINGTON, D.C. — Members of the Green Party of the United States will participate in the March for Science on Saturday, April 22, in Washington, D.C., as well as simultaneous satellite marches across the U.S.

The Green Party has endorsed both the March for Science and the People’s Climate Movement March for Jobs, Justice and the Climate, April 29, also in Washington, D.C.

On the day of the March for Science, Green Party members and friends will gather near the Holocaust Museum at 12:30 p.m. The museum is located on the National Mall, south of Independence Avenue, SW, between 14th Street and Raoul Wallenberg Place (15th Street). See the DC Statehood Green Party’s announcement.

Green Party leaders have sharply criticized the Trump Administration for its disregard for scientific research and dismissal of evidence regarding the global climate crisis. See “Green Party calls Trump ‘criminally negligent’ for reckless policies as the climate crisis worsens”.

“It’s time for We the People to tell the Trump Administration, deeply entwined with the fossil fuel industry, to listen to the scientists, as well as us. We need substantive, systemic change to move ourselves away from fossil fuels. The climate crisis’s devastating effects will only worsen through more inaction or, worse, continued business as usual,” said William Huggins, a member of the Green Party’s Eco-Action Committee. 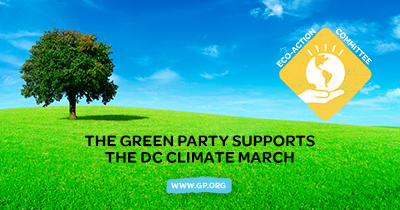